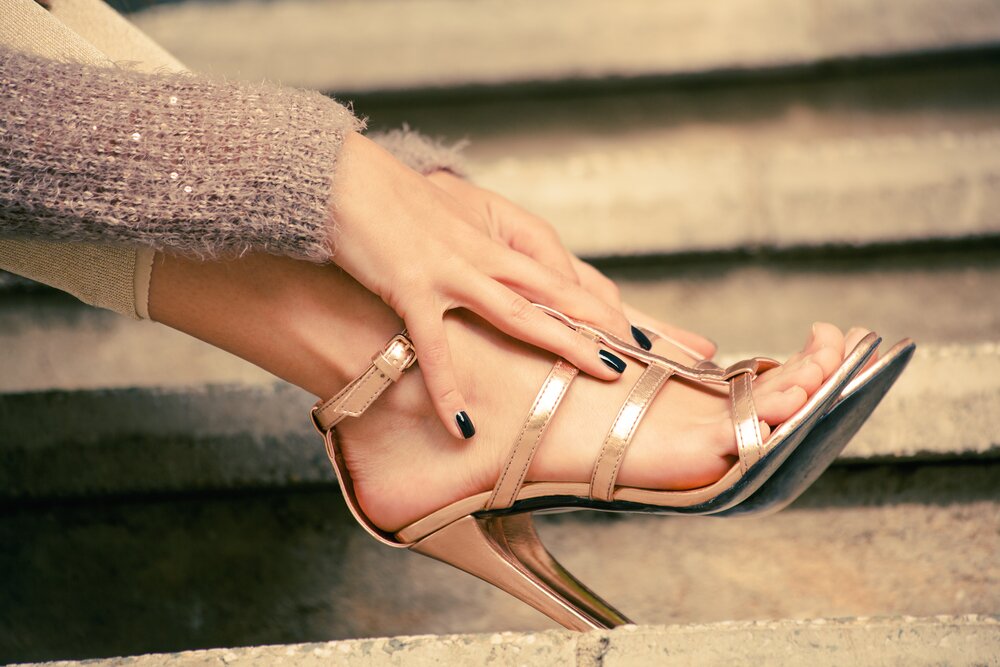 A Little Disney Magic
The moment a little girl gazes into the television screen and watches Prince Charming place the glass slipper on Cinderella’s foot, two things become apparent: (1) every girl – whether rich, poor, short or tall – deserves a prince charming; (2) the perfect pair of heels can change a life. It just so happens to be the case that around the time a girl becomes interested in boys, she is also shopping for a perfect pair of heels to wait on a date, or to the dance. While on the search for the perfect pair, a girl soon realizes that not all heels are created equal — from a pointy pump to peep-toe to platform, not to mention round almond t-straps and round sling backs! But when she finally find’s the pair of heels that give her that bippity-boppity-boo-feeling, she will truly feel like a princess.

Coco Chanel Once Said…
“Keep your head, heels, and standards high.” Every woman knows that the higher the heel, the longer her legs will look. That said, she should make sure that she’s able to walk in her heels, so she can enter every room with confidence. Keep in mind that regardless of the height of the heel, once it’s on, the calf muscle actually elongates, giving legs a longer and leaner appearance.

Walk Like an Egyptian
Surprisingly enough, heels have been found in Egyptian tombs and murals, dating all the way back to 3500 BCE.  At this time, it was worn exclusively by the upper class for ceremonial purposes only. Fast forward to 200 BCE and Kothorni were the most popular trend among Roman tragic actors. Kothorni wore essentially high heel sandals made of wood or cork.  Since then, rumor has it that the very first instance of bringing high heels into the fashion world was in 1533, when vertically challenged Catherine de’ Medici married Duke of Orleans. After their wedding, it is said that heels became the latest craze. By the 1700’s heels were popular among men and women after King Louis XIV wore 5” heels decorated with mini battle scenes across the toes. In the 1860’s heels made another comeback with the popularity of corsets. At this time is was said that heels would cure backaches, prevent stooping, and even make walking less tiring. Mass production of shoes began in the 1920’s when hemlines were getting shorter.

Soon the Great Depression and WWII put the production of high luxury heels on hold, and women were often wearing lower and wider heels. 1950’s post-war style was led by Christian Dior and Roger Vivier, who teamed up and developed the stiletto. A short time later heels lost popularity when the feminist movement grew stronger. By the 1980’s women declared they wore high heels for themselves, and not for men. It was this time in history when women spoke up to say that heels gave them  the confidence, power and authority that they deserved.

Today, heels are more popular than ever. With heels at every price point, women all over the country are able to feel the confidence that comes with slipping on a pair of high heels. Shapley, toned legs and bums are assets that a majority of women are going to the gym for. Some gyms even offer “Stiletto Strength” classes to strengthen the leg and calf muscles so you are able to walk in heels all day with less fatigue. Now go to your closet, and put on your most loved pair of heels – whether they are patent black kitten heels, or rhinestone embellished platforms – and own the room, princess.