It is a pretty widely known fact that the 1960s had its own era of style. Some might say that the decade itself brought on somewhat of a style evolution, all its own. This article’s primary focus will be on some of the most popular fashion trends that were brought into existence by the 60s style evolution, and how it all originated.

Styles of the Early To Mid 60s

At the onset of the 60s decade, Parisian designers were in domination of the market. Pricey posh haute couture apparel was everywhere. Women’s formal suits evolved into skirt trends that translated to shorter hemlines and looser shapes.

New style ideas soon emerged from the London pop scene. The mod look became a popular one, and by the mid-1960s, skirts, dresses and coats with the flared A-line came onto the fashion scene. Slim-fitting apparel with bright colors could be found for cheap prices in “Swinging London” and had a huge impact all throughout the U.S. and Europe.

Suits for men were designed to be sleeker and bright and were often accessorized with brash shirts and boots with high heels. The flamboyant look became popular with wide trousers and lapels signaling the style. Clothing designers would experiment with materials that were shiny and waterproof, and also had a modern look, such as Perspex and PVC. Sculpture-like clothing was pioneered by Paco Rabanne such as dresses made out of plastic discs and metal links.

Styles of the Mid To Late 60s

Frills and cravats made a comeback in the mid-60s, along with vividly printed tops. Lapels and trousers were being designed with excessively wide dimensions. Clothing started becoming increasingly unisex, and both women and men shopped for similar clothing items at the same stores.

The hippie look, originally from the west coast of the U.S., made its mark in the latter part of the 1960s decade. Dress designers were experimenting with patterns, colors and textures that were adopted from non-Western cultures. Ethnic influences began to become more mainstream, long layers of loose attire with vivid colors that clashed were sported by the people who were considered to be the most stylish. (i.e. Thea Porter’s kaftans and Pucci’s glittering prints)

Couture of the 60s Decade

French designers such as Dior and Balenciaga made apparel that represented chic and refined stylishness, and was worn by women who were considered to be of high society. Less formal garments, like shorter skirts, became more favored, even by public figures such as Jackie Kennedy. Less and less people were wearing accessories like gloves and hats.

Young people had their highest level of income since the end of World War II and apparel aimed specifically toward the young people included designs by Mary Quant, which became exceedingly popular.

The most eye-catching piece of attire of the 1960s decade was, of course, the miniskirt. It was designed for a female form with an idyllically skinny build. Pale foundation was worn by the women and mascara, kohl and false eyelashes emphasized their eyes. Long straight hairstyles or shaped bobs or wedges created by Vidal Sassoon, also became popular.

The clothing and textile designers praised modernity and primary colored prints from Pop and OP Art were being mixed with space-age silver. And men’s’ clothing remarkably developed, like the collarless jacket, which was sported with slim-fitting trousers and a pair of boots. 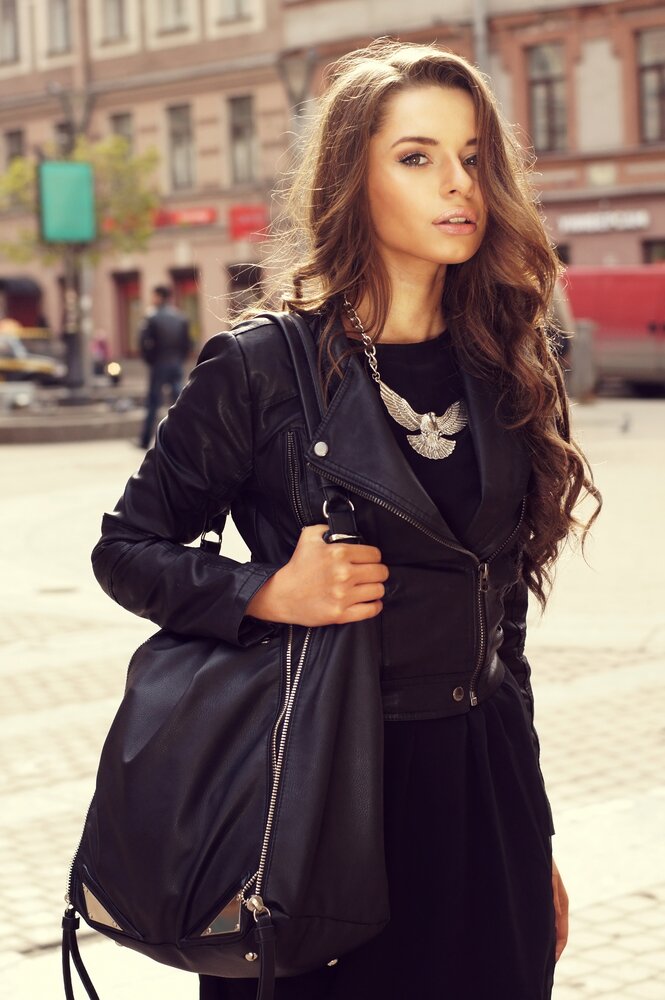