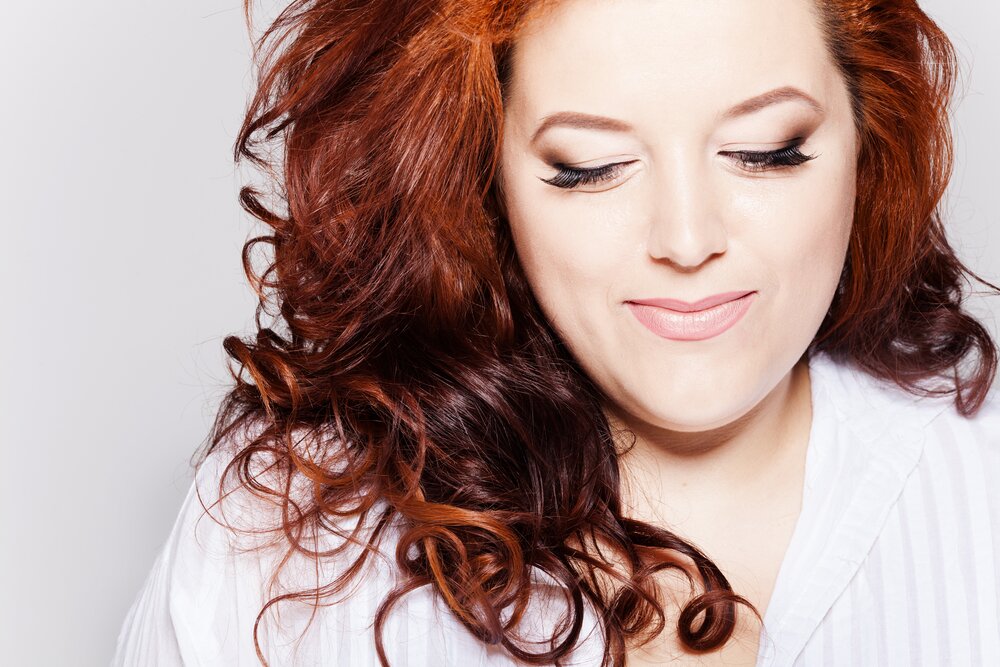 chinneck | noun | a term coined by Matthew Perry for one whose chin flows easily into their neck.

Facing The Facts
Even those women we resent most for their graceful aging, will at some point find themselves looking in the mirror noticing gravity take its course. Whether jowls or a double chin, nearly everyone will experience skin sagging. Let’s face it! When that time comes, no one is excited to post that selfie with their daughter, or granddaughter for fear that the main focus will be on their chinneck.

Who’s To Blame?
Drumroll for genetics. Just like some people are more prone to holding weight around their midsection, some of us are just the unlucky ones to naturally inherit the eventuality of a double chin. Also, those who have rounder faces are also more prone to developing a chinneck. It’s also worth mentioning that those who’ve lost a substantial amount of weight are more likely to develop a double chin. Luckily, we’ve done some research and found a few no-nonsense ways for you to mask your double chin, without going under the knife.

Exercise
Your skin is a muscle, so it makes sense that exercising the muscle would tone it up, right? Listed bellow are some surefire way to start toning up your chinneck. It is suggested to repeat any one, or all, of these exercises ten to fifteen times in a row, three to five times per day.

Makeup
In addition to chin tightening exercises, there is also tons of simple and everyday makeup tricks that celebs have been using to hide their chinneck for years. The best part? They are easy enough for you to do!

Accessorize
Although you may love that sterling silver locket chocker your husband gave you years ago, it is not the best to wear during a photo op, as it draws the eyes down to your chinneck and may even create the illusion that it is worse! This is by no means a suggestion to get rid of your most precious necklaces, rather it is a reminder to avoid wearing the tighter, choker style ones. It also helps to avoid tops with collars and instead choose age appropriate blouses with open necks.

The Right Makeup For Hooded Eyelids